One Day After Report of Child Predators on Twitch, Matt Gaetz Joins Twitch by Lauren Leffer
Friday September 23rd, 2022 at 10:03 AM

Matt Gaetz, Florida Republican Congressman and alleged sex criminal, is now on Twitch. Gaetz (or at least whoever runs his social media accounts) announced his arrival on the streaming platform in a tweet. “I’m joining @Twitch to bring my America First message to a new generation of viewers,” he wrote.

rraszews
reply
Look, you don't get to be where Matt Gaetz is in life if you have a even the tiniest bit of self-awareness, the capacity for introspection, or shame.
Columbia, MD 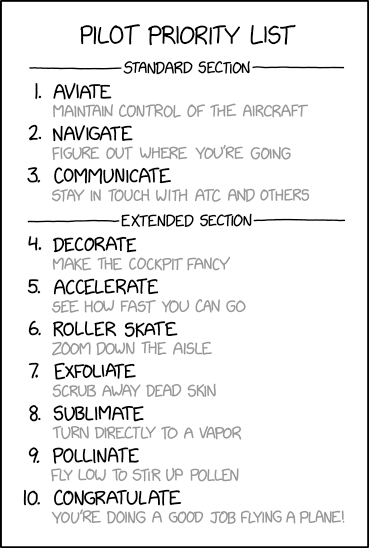 tdknox
Ice is back with a brand new edition. 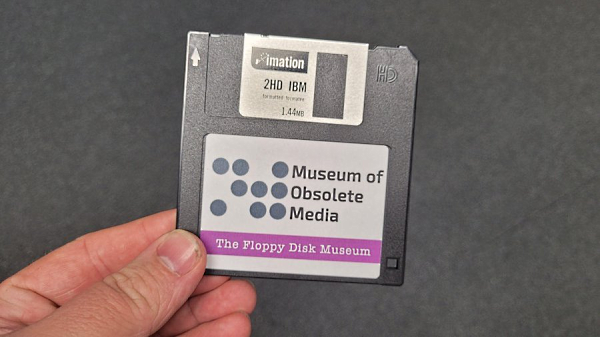 The Museum of Obsolete Media has released a Floppy Disk museum that fits on its own floppy disk:

Now you can access all the information in the Museum about floppy disks, from a floppy disk!

The entries on 30 types of floppy disk, along with small images, have been coded to fit onto a standard 1.44 MB 3.5-inch floppy disk.

This is a bit of an experimental project, so any feedback is appreciated.

The HTML is simple, and the microsite should work on most modern browsers but has only been tested on Internet Explorer 11, Chrome and Edge. It does contain a small amount of CSS so may not work on early browsers.

rraszews
reply
Either that is not a real floppy disk, or the model in that photo has very large hands.
Columbia, MD

"Phillip, are you familiar with SNMP? Do you know Python?" asked Phillip's new boss.

That's how Phillip got thrown into the deep end of a conversion project that was tasked with updating their infrastructure monitoring system. It was developed by a team a few years ago, and they all quit at the same time, which made it hard to maintain.It was a homegrown set of Python scripts which polled a Prometheus service, which itself was gathering metrics from a pile of Docker containers. These scripts gathered those events and turned them into SNMP alerts for a third party receiver.

The upgrade promised to be simple: take the SNMPv2c code and update it to use SNMPv3, which supports encryption. Phillip started by pulling the existing code from their repository, only to find that while there was a repository and it had a pile of branches, nothing had ever been merged into main/master/trunk. So Phillip pinged one of the other developers: "Which is the correct version of the code?"

He started playing with the PySNMP library while he waited. From reading the docs, Phillip thought that it should be a very simple change- essentially a find/replace to update one class name. After a few days of poking at the library, the previous developer gave him about three candidate branches which were probably what was actually deployed. Phillip found a Docker image that seemed to have the same code as one of those branches, and was probably the one deployed- no one knew for certain- and set to work.

His first attempt didn't work at all, which wasn't surprising. There was no logging, the configuration was hard-coded in half a dozen places in the code and didn't always agree with the other places, and someplace along the way it needed an SNMP command, which nothing was sending. It was mess, but eventually, Phillip got it running.

For a few minutes, anyway. Then it would crash. It took Phillip two months of research and experimentation to discover that the SnmpEngine object wasn't threadsafe. It wasn't his choice to use it across multiple threads- that was the architecture that the previous developers had used.

That's when it dawned on Phillip: this program had never worked. Sure enough, the deployed version crashed all the time, too. So Phillip set about refactoring and debugging it, and after two more months, he had a thing that could read the metrics and report them to SNMP.

Except the third-party receiver that expected to receive those messages didn't get them. Phillip could confirm he was sending it, but it wasn't arriving. Cue another month of scrambling and head-scratching, only for Phillip to discover that the network team had blocked the routes from the server he was running on and the third-party receiver.

"Oh, it was sending so much traffic, we assumed it was broken," was the best explanation he could get.

So the service never worked in the first place. Even if it had worked, the network team had blocked it from working. No one talked to anyone else about what was going on. And, as the cherry on top of the sundae, the main customer for this data didn't believe in "on-call rotations"- they got ahold of the developers' cellphone numbers and called them directly whenever they had an issue.

All that added up to Phillip leaving the company after a very long six months. It also neatly explained why the previous dev team had all quit en masse.

"Still," Phillip writes, "at least I got some Python experience out of it."

[Advertisement] Utilize BuildMaster to release your software with confidence, at the pace your business demands. Download today!
Read the whole story

rraszews
reply
It's awful, but every time I've worked with snmp, I've found that using programmatic APIs is slower and more prone to crashing than invoking a child process to run the snmpbulkwalk command and scraping the output.
Columbia, MD

tdknox
This is the way.

Japan, a country known for advancing some of the world’s most innovative and quirky tech, is preparing to launch an all out “war” against the humble floppy disk.

rraszews
reply
As much sense as it makes, there's something perverse in the fact that eliminating floppy disks will certainly involve some amount of "Now we have to invent an interface to use a flash drive to interface with this gigantic machine from the 1970s that we can't replace and are legally obligated not to get rid of"
Columbia, MD

TO: Citizens
FROM: The Patriarchy
SUBJECT: Menstruation- Important!!!

We do everything we can to make life easier for cisgender straight white men. Unfortunately, menstruation continues to wreak havoc on our most valued population. This memo is a reminder that their periods need to be treated with the utmost care and respect.

No one should cook, clean, or perform other household tasks while menstruating.
Ideally, the cishet white men in your life are not responsible for household chores at any point in their busy schedules—not their job. But for the love of all that is holy, do not suggest they do housework while they’re bleeding. It’s unfair to demand so much from them at such a trying time. Do you honestly expect him to carry a laundry basket up the stairs while a war is being waged inside his body? Check your privilege.

Menstruators should receive the following items from the government every month:

NOTE: Preferences for pain relievers, supplies, and chocolate can be submitted and updated at period.gov/portal. Questions or concerns? Visit period.gov/support and a 24-7 service representative will be happy to assist.

Period products are also accessible in public restrooms. Speaking of which, we plan to increase the number of public toilets immediately. What if a tampon needs to be changed on a long hike? Or a cross-country road trip? Men shouldn’t have to waddle around at the beach like babies needing a diaper change.

Menstruators are encouraged to take the week off from work (with pay) while menstruating.
Do you know what it’s like to empty a filled-to-the-brim menstrual cup in an office bathroom while a queue forms outside the door and an impatient jerk vigorously jiggles the handle? No, you don’t, so shut the hell up. If someone decides to work during menstruation (incredible), they will be paid time and a half. Their heroism must not go unnoticed.

When a man complains to you about the pain associated with his cycle, listen to him.
Validate his feelings. Give him a back rub (with his consent). Provide him with fuzzy socks, a soft blanket, and his favorite beverage. Remember that it is a hate crime to say any of the following things to a straight cis white man who is menstruating:

We hope this letter reinforces that we care about cishet white men above anyone else. Stay tuned for additional guidance regarding their pregnancy in the coming weeks.

rraszews
reply
As much as I appreciate the sentiment, I'm quite sure RICH cis white straight men would use this as a way to keep POOR cis white straight men down. Paid time off? Come one, MAN UP and suffer through it, prole. Me? Oh, I'm C-suite; I'll be at the spa that week anyway.
Columbia, MD
Next Page of Stories